Back to All Articles
•
•

The average cost of electricity per month in Alberta has been climbing higher in the past months. So what can you do about it? 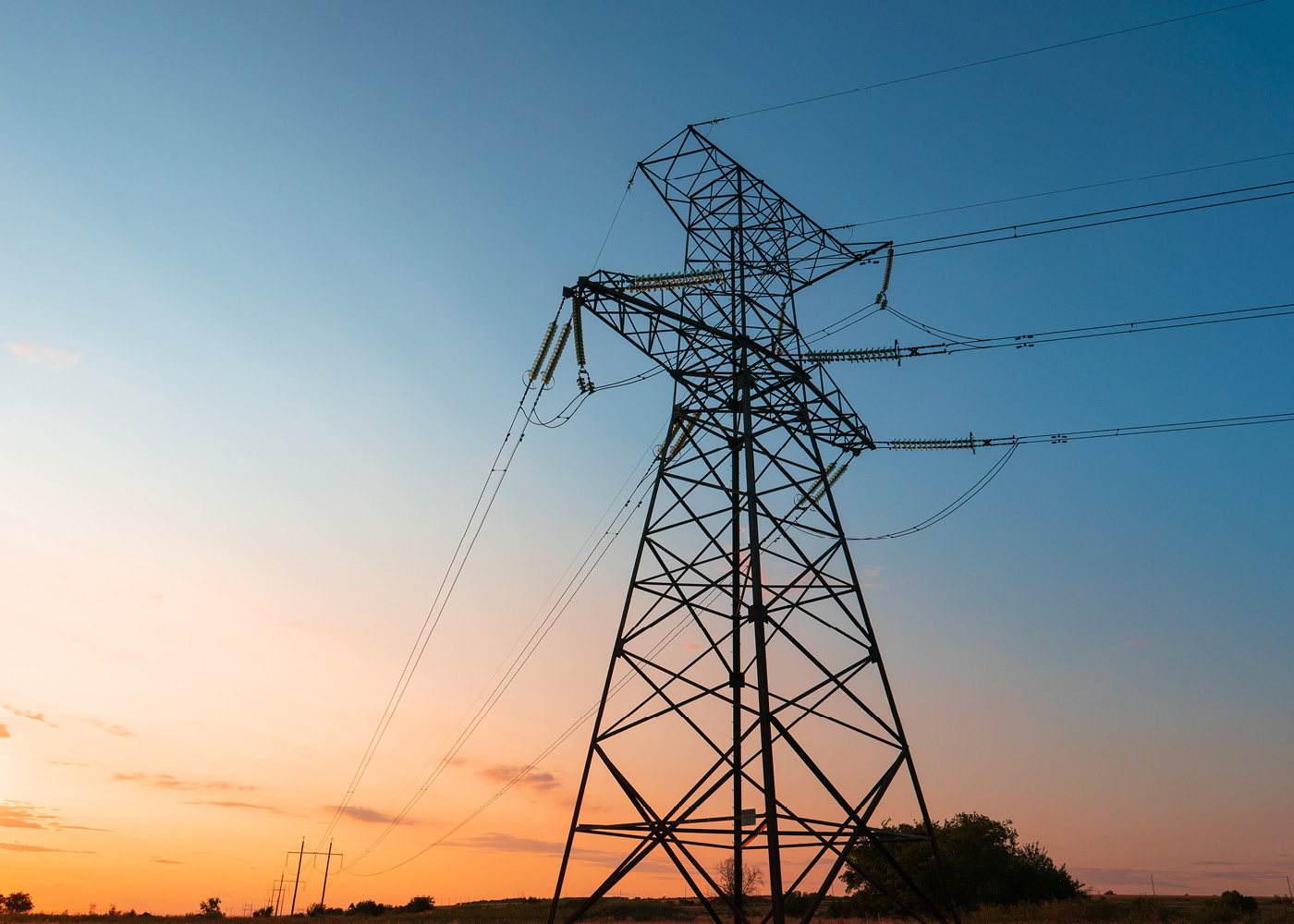 The average cost of electricity per month in Alberta has been climbing higher in the past months.

You’ve probably noticed that electricity rates — and, of course, electricity bills — are notably higher when compared to the historic lows from two years ago. At that time, electricity prices were around 2.88 cents per kilowatt-hour (kWh).

So, what does explain the Alberta price increases? And is there something we can do to reduce our Alberta electricity bills regardless of the kilowatt-hour cost?

Why are my bills so high? How much does electricity cost in Alberta?

Until October 31, 2019, residential and small business consumers with the regulated rate option (RRO) wouldn’t pay more than 6.8 cents per kWh because of the Alberta electricity price cap.

However, the price cap on regulated electricity rates was scrapped by the government that Fall as part of the provincial budget proposed by Premier Jason Kenney.

Also, consumers under floating-rate plans, especially large consumers of electricity, have seen considerable spikes in their bills for most of the months in 2019, 2020 and 2021.

If you’re currently under a variable-rate contract in Alberta (be it residential or commercial), there is a lot you can do to mitigate the impact of electricity price increases, whether you live in Edmonton, Calgary, Sherwood Park, Lloydminster, Chestermere, Airdrie, Leduc, Fort Saskatchewan or any other city, town or village in Alberta.

The main reasons why Alberta electricity rates are getting higher

Recession prices aren’t regular prices: The economic downturn caused by low oil prices in 2015 had a significant impact in Alberta.

Like in most oil-based economies, the recession reduced economic activity in the province, which lowered many commodity prices, including Alberta electricity rates.

In 2015, electricity rates went below 4 cents for the first time in more than 12 years. Furthermore, in 2017, electricity prices reached a historic low of 2.88 cents/kWh.

By that time, plenty of consumers decided to switch to floating-rate plans and take the best out of the low energy prices.

Although that seemed a smart move during the recession, as the economy started to recover, so did the electricity prices.

In 2018, Alberta electricity rates reached their highest level since 2014, and have been steadily increasing since then. In fact, electricity hit its highest prices ever in January 2022 (above 16 cents/kWh in Edmonton and Calgary, not including distribution and transmission fees.)

Such a trend makes it clear that recession prices aren’t regular prices. In other words, the savings strategies (which includes floating rates) used by consumers during the recession won’t work today the same way they used to four years ago.

The outlook — elections, the rate cap and electricity prices: Energy rates can be affected by multiple factors, including politics.

The 2019 provincial elections in Alberta brought some changes to Alberta electricity prices.

Before the elections, many consumers used to stay with the RRO provider in order to be protected by the 6.8 cents price cap proposed by Rachel Notley’s New Democratic Party (NDP) in 2017.

However, the strategy for finding the best electricity option has changed quite a lot in the province since the new Premier got elected in 2019.

The Alberta carbon tax used to subsidize not only the price cap but also specific energy efficiency programs.

Although a federally imposed carbon tax started in early 2020, the Government of Alberta has decided to move on with its decision and remove the price cap on RRO rates.

In other words, chances are high that regulated electricity rates (RRO) will increase in the province in the months ahead, meaning that energy consumers will have to pay for it when electricity rates go above the 6.8 cents/kWh threshold. To learn how the price cap removal may affect your energy bills, click here.

It’s hard to predict what Alberta electricity prices are going to look like some months from now.

In the face of such a blurry forecast for electricity prices in 2022 and 2023, the best customers can do is to secure more predictable rates, and avoid risks such as variable-rate plans.

A quick look into the past (and into the future): What about before the recession? What did the Alberta electricity cost per kWh look like? In order to make a smart decision regarding your utilities, sometimes you need to take a look at historical electricity rates.

That will allow you to see how high prices can go after the market is completely recovered from the decline.

Even before the 2014-2017 economic downturn, the average kilowatt-hour cost in Alberta was quite volatile.

This all-time high price was replaced by another historical record-high rate in January 2022 (16.406 cents/kWh).

Although that is positive for the environment, such a change in the electricity grid can still affect electricity prices.

As an example, the recent closure of two major coal power plants is pointed out by many industry experts as one of the reasons for electricity price increases in the first months of 2019.

In this case, consumers under floating-rate products tend to be more affected by volatility than customers with fixed-rate deals.

So, what can I do to avoid high electricity bills in Alberta?

Although there have been some efforts to stabilize Alberta electricity prices, it’s still somewhat difficult to predict what electricity bills in the province will look like in the months ahead.

In times of price fluctuation (or even worse, increasing prices), consumers should take the best out of fixed rates for electricity in Alberta.

Fixed energy rates will provide you with cost certainty. In times of higher energy bills, customers under fixed-rate plans won’t feel so affected, as their electricity prices per kWh won’t be vulnerable to environmental disasters, politics or other external factors.

Instead of focusing on the cheapest electricity rates at the time you sign a deal, take a look at both historical prices and the forecast.

In other words, look at the downside and upside risks related to the contract you’re about to sign. For most energy customers, especially large consumers, fixed rates will bring more predictability to your budget and protect you from sudden market changes.

Once you know what to expect from your monthly bills, you reduce the risks of unwelcome financial surprises.

At EnergyRates.ca, you can learn more about the differences between floating and fixed rates, but also compare Alberta electricity providers and their rates, including ENMAX Energy, Direct Energy, Encor by EPCOR and ATCOenergy.

The website allows you to compare utility costs and find out which electricity supplier fits your energy needs.

The cost comparison tool lets you find the best and cheapest available providers in Alberta, as well as make a comparison of the current electricity plans in your area.

Consumers looking for small business, commercial or industrial gas suppliers can even get a custom rate comparison report.

It’s not simple to forecast what Alberta electricity rates are going to be for the rest of 2022 and 2023.

However, as mentioned above, taking a look at what power prices have been in the province for the past months (the average cost of electricity) can help us understand how Alberta electricity prices (cost per kWh) are changing over time.

The following tables show electricity rates in Alberta (cents/kWh) for the regulated rate option (RRO) for consumers with an annual usage of up to 250,000 kWh from two of the main regulated retailers in the province.

As you can see below, prices went above the 6.8 cents/kWh threshold in most months of 2019 in the areas served by EPCOR and Enmax. The rate cap program was officially cancelled in November 2019.

If you have any questions about how to make your home or business more energy efficient, reach out to us! 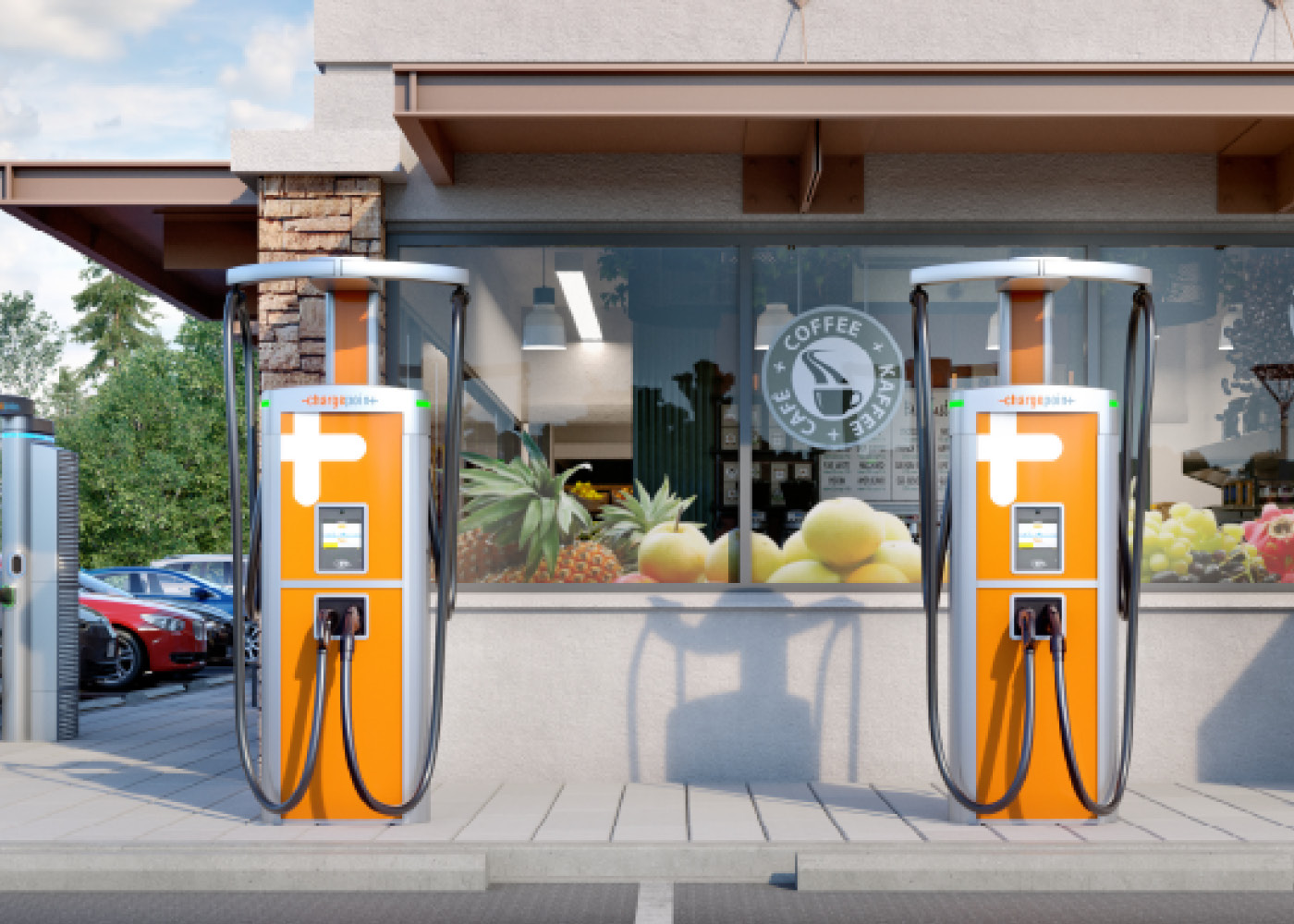 How to earn revenue with EV charging at retail locations 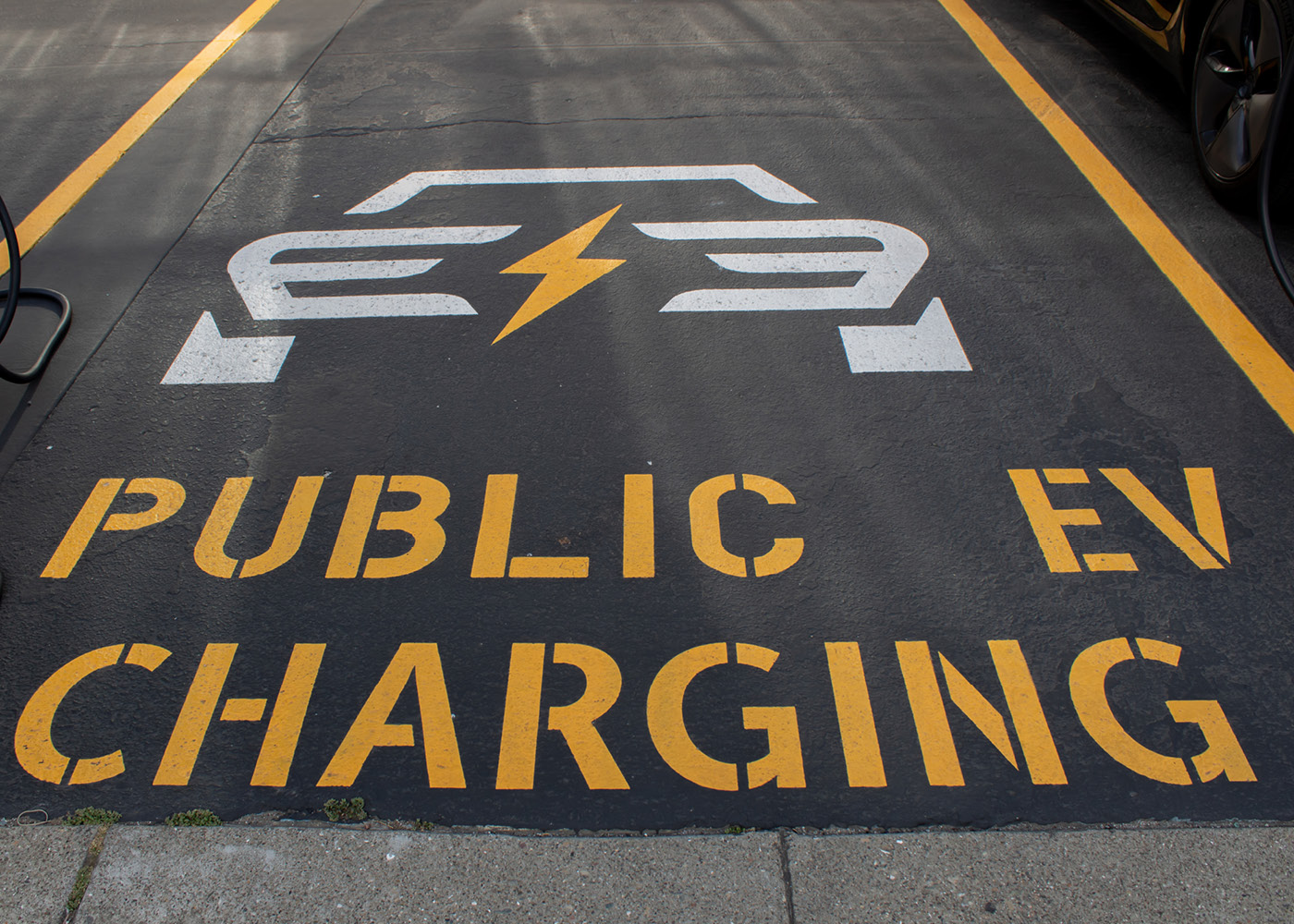 There are key differences between networked and non-networked EV Chargers; read on to find out which one is the best option for your property 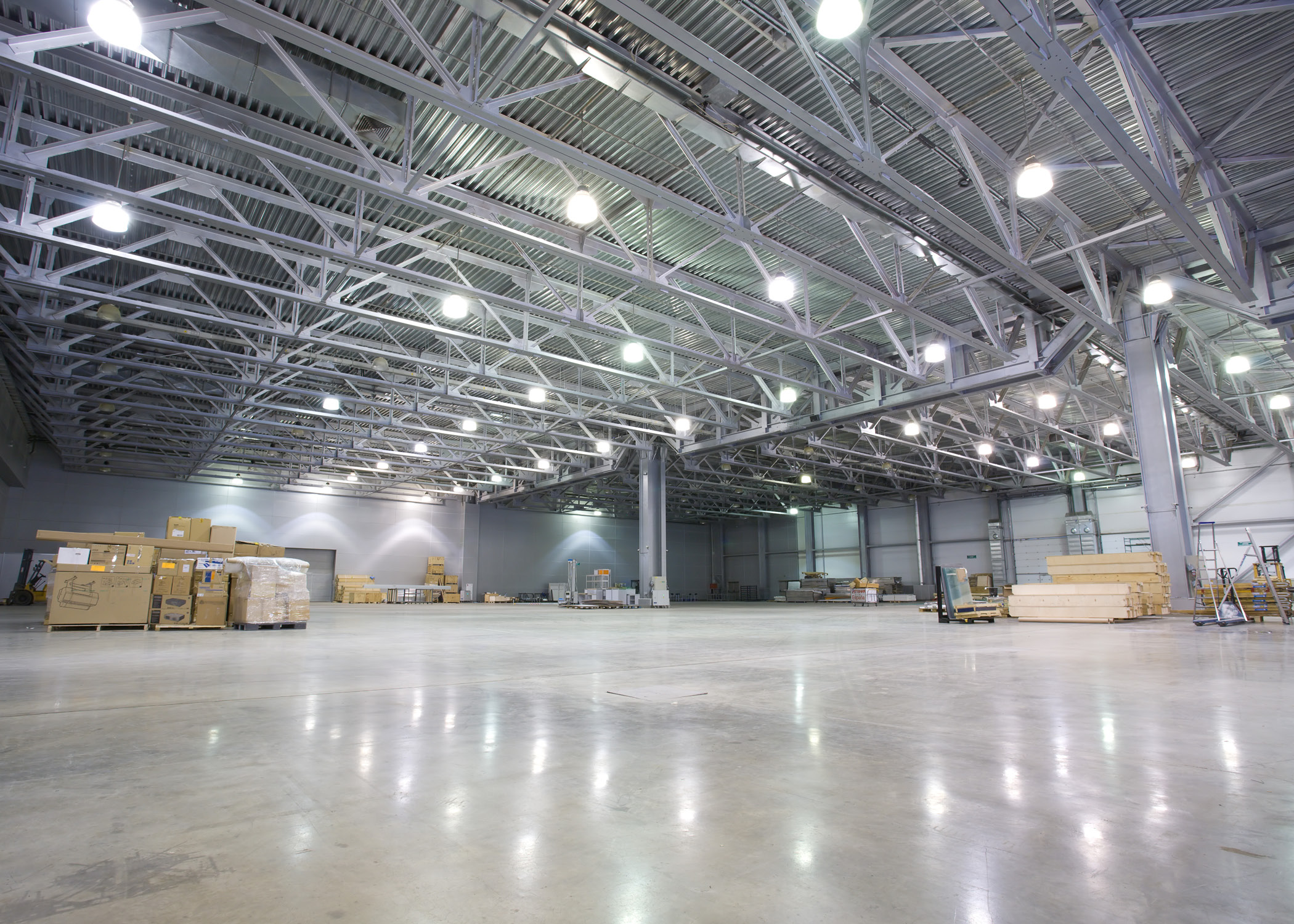 A step-by-step guide on how to plan for upgrading your warehouse with LED lighting fixtures.

Ready to get in touch?